It seems Winter Olympic qualification is only a matter of time for halfpipe superstar-in-the making, Australian Nate Johnstone.

It seems Winter Olympic qualification is only a matter of time for halfpipe superstar-in-the making, Australian Nate Johnstone. 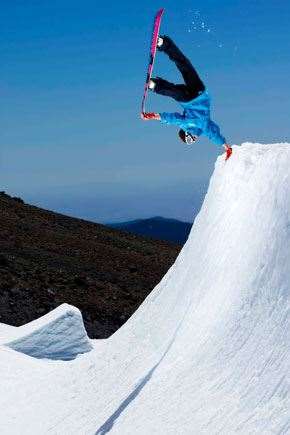 In a signature year for Australian snowsports – Jacqui Cooper won a fifth overall World Cup title in aerials, Dale Begg-Smith a third in moguls and Torah Bright a second on the pro snowboard tour – the achievements of Nate Johnstone could‘ve easily been overlooked. Among the medals and moolah picked up by his compatriots, Johnstone’s halfpipe third in Canada last March in a not-exactly-stacked field was hardly demanding space on the back page. But for anyone familiar with snowboarding it was pretty clear our next wintersport wonder was knocking on the door.

A little background to that result if you will. Johnstone’s maiden medal was achieved a month after his 18th birthday in his third World Cup event. It marked just the second time an Australian man has stood on the podium in the discipline. Other results in 2008 were none too shabby, either. He reached the final in just his second World Cup, won the Rip Curl Freeride Pro at Thredbo, was second to compatriot Ben Mates in the International Ski Federation event at Perisher Blue and was also second behind American Eric Willett at the New Zealand Stylewars. With some of the best riders set to compete on the World Cup tour over the next two years (to gain points for Olympic qualification), the trick now is for Johnstone to step up with that quality. Those in the know think he will.

No one, really. His lithe, compact physique draws a few comparisons to Japanese riders, but even those close to him struggle to compare Johnstone with anyone else. “He’s an amazing, unique athlete with his own style,” says editor of Transfer magazine and pro snowboarder Russ Holt. “I don’t look at him and go, ‘He’s so like this person.’ He’s so good to watch and so effortless.” Unique is also a word Olympic Winter Institute head snowboard coach Ben Wordsworth uses. “I think he’s the most talented male snowboarder in Australia and that goes from halfpipe riding to slopestyle to big air. He has

tricks right across the board,” says Wordsworth. “He can mix it with anyone in Australia and there are no male riders who can ride halfpipe like him at the moment. He has the tricks and the ability and can spin in every direction … He’s unique.”

Results and technique aside, there are a few other X-factors that have people excited. Johnstone is one of the first Australians to go right through our national programs – from junior wintersports club to events programs and the NSW Institute of Sport and Olympic Winter Institute. It gives him a natural, almost Zen-like affiliation with his board that’s often lacking in even the best riders who take up the sport later in life. The skating and surfing he indulges in keeps him in the groove off-snow while Johnstone’s shape comes from an almost perfect snowboarder mould – helpful for longevity in the sport. “He’s all wire and muscle – he could be some kind of yoga freak,” offers Holt. Says Wordsworth: “He’s athletic, fit and not injury prone.”

It began in Mona Vale in Sydney’s northern beaches, a good 500km from the nearest ski fields. With dad Michael introduced to the sport by a mate, he decided to share the love and started taking the family to the NSW Snowy Mountains when Johnstone was just a boy. Good call, Dad. Johnstone started on

two planks and progressed to one around the time he turned ten. Holt noticed the “smallest kid” at a camp he was conducting in Silver Star, Canada shortly thereafter and was blown away by “a style that has never left him”. Holt teed-up Johnstone’s first sponsor, Rip Curl, within a year and at the age of 12 he competed at the National Championships where he finished 14th in the men’s division. By 2008 the master-apprentice circle of life was seemingly complete: Johnstone took out the Rip Curl Pro while old-hand Holt was fifth. 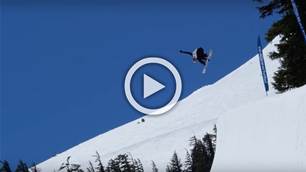 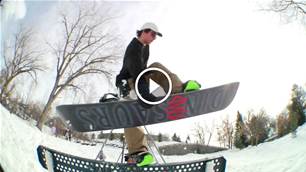 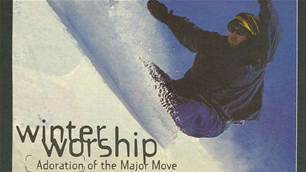 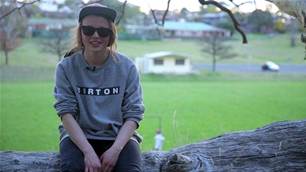 When It Rains - Mahalah Mullins