The first ever episode of B2J

B2J is a brand new web series featuring, the Australian snowboard enthusiasts, Billy Hayman and Jesse Kennedy. The two have known each other since their days competing as micro groms in World Rookie Fests not long after the turn of the century. Constantly battling each other for top spot on the podium, along with a couple of other friendly rivals, a friendship formed around snowboarding.

Their obvious addiction to riding has seen them travel to some of the most notorious parks and resorts in the world. After years of back to back winters, perfecting their style and building a respectable bag of tricks, injuries and life stalled the ambition to produce something, like this, together.

Snowboarding has literally shaped their lives, with so many highs and lows on the ever illusive chase called snowboarding. So many people head to Uni for years and years to study, if you counted up the hours of genuine, self motivated, ‘study’ these two have done on Snowboarding, they would have a Masters by now.

As Jesse’s brother, Jakob, I have been along for the best part of their adventures using my camera as an excuse to tag along. Pursuing our dreams and backing ourselves is something our parents have always instilled in us. Watching these two develop their riding and friendship over the years has been a pleasure, so producing a series of videos in the hope to get people stoked, just like others have for us over so many years, is truely humbling. Deng on 'difficulty getting to know teammates' in Japan

One of the oldest living Socceroos talks football in the 1930s 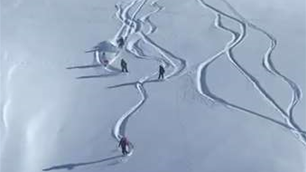