The ManBoys are dropping a 5 part web series.

The Manboys are dropping a 5 part web series, titled Something by The ManBoys, and we’re KEEN!!! Including a heavy line-up of the likes if Chris Rasman, Matt Belzile, Eric Jackson, Rusty Ockenden, Jody Wachniak, Mark Sollors & Robjn Taylor this is sure to one to watch out for. 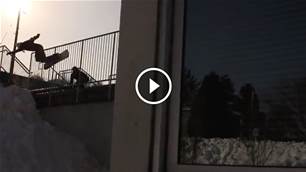 Thredbo 60 Years of Stoke: The Next Generation